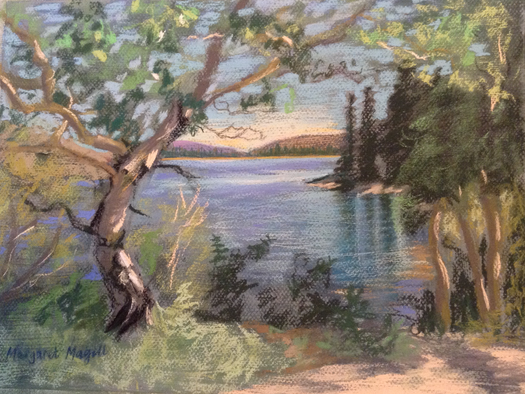 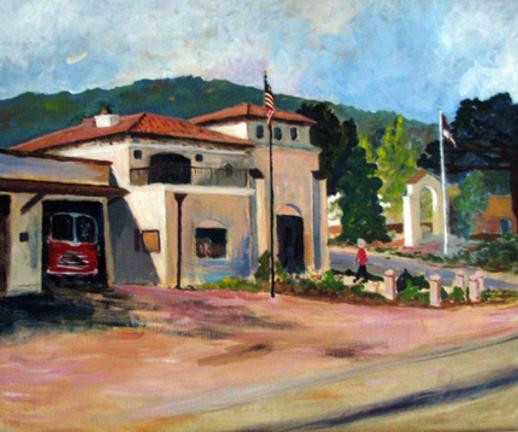 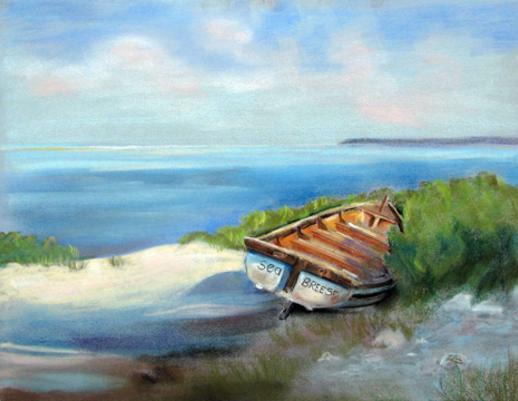 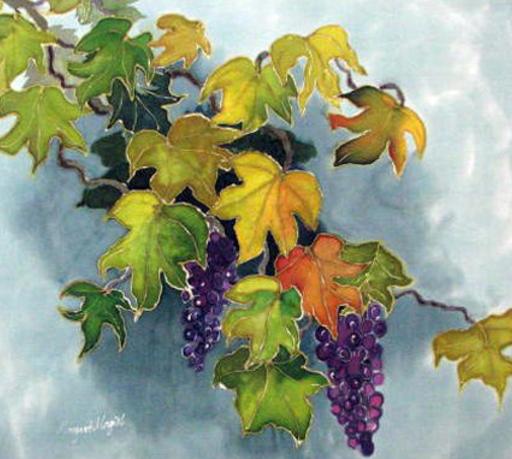 A native of Surrey, England, moved to California in 1977.  Her love of art
at an early age led her to study it at Rachel McMillan College where she obtained a
Certificate in Education from the University of London.

Over the years Margaret has continued her art education, taking many of the classesoffered at West Valley College.  She has worked in a variety of media, including oil and acrylic, pen and ink, watercolors and pastels.

In the early '80s Margaret learnt the French serti method of painting on silk and for twenty-five-years was a member of the co-op, Gallery Saratoga, until its closure in 2014.  There she displayed and sold many
silk paintings, scarves and pillows.

Recently she has also enjoyed making beaded
necklaces, relying on her instinct for color to assemble her unique creations.
As a long time member of the SCA, Margaret has been constantly inspired by the numerous talented demonstrators and the friendship among its members.